The advertising agency can be started with registration of a Malaysia Sdn Bhd company or a foreign company registers a branch in Malaysia which governed by Companies Commissions of Malaysia (CCM) with the following foreign equity restrictions as follows:

1. Under the General Agreement on Trade in Services (GATS), Malaysia allows foreigners to provide advertising services (CPC 8711, 8712, 8719) with foreign investment in advertising services can be made only through a locally incorporated joint-venture corporation with Malaysian individuals or Malaysian controlled corporations or both, and the aggregate foreign shareholding in the joint-venture corporation shall not exceed 30%. For advertisement through electronic media, it must have at least 80% local content and be made in Malaysia.
2. Under the ASEAN Framework Agreement on Services (AFAS), permissible for  Advertising Services (CPC 8711, 8712, 8719), with the foreign equity participation granted to ASEAN companies of maximum 51%. Guide to Start Advertising Agency in Malaysia

All Malaysia advertising agencies also required to obtain a business premise and signboard licenses from the respective local authorities to operate the business.

Advertising agency company in Malaysia may employ expatriate for approval to obtain 2 years’ renewable work permit with a minimum salary RM5,000 from Expatriate Committee of the Malaysia Immigration Department with a minimum paid up capital of RM350,000. Key posts will be considered if the foreign paid-up capital is at least RM500,000. However, this sum is only a guideline and the number of key posts considered is dependent on the company’s needs, on a case-by-case basis.  The spouse and children of the expatriate can apply for 2 years’ renewable dependent passes once the expatriate has been issued with the work permit pass.

All advertising companies have to comply to the GENERAL GUIDELINES FOR ADVERTISING PRACTICE of the Malaysian Code of Advertising Practice which is a fundamental part of the system of control by which the advertising activities are regulated in Malaysia.

There are few bodies regulates the advertising industry as follows:

1. All advertisement standards and contents paid by advertisers are governed by Advertising Standards Authority Malaysia (ASAM). Outdoor advertising guidelines and approvals are under the auspices of the respective State Government/local authorities
2. Television and radio broadcasting under the control of the Ministry of Communications and Multimedia
3. Advertisements communicated electronically, which include private-owned television and radio, online services and audio text hosting services otherwise referred to as premium rate services, have their own Content Code which is administered by the Malaysian Communications and Multimedia Content Forum (CMCF) of Malaysia
4. Commercials must have at least 80% local content and be made in Malaysia if they wish to qualify as a Made-in-Malaysia advertisement according to the Made-in-Malaysia (MIM) rules under National Film Development Corporation Malaysia (FINAS)
5. Censorship of contents is governed by Malaysia Film Censorship Board has its own Film Censorship Guidelines.

General guidelines must abide by the Advertising agencies in providing advertising services are:

(iii) Advertisements must not identify or type-cast each particular racial group or sex with vocations, traditional values and backgrounds    Guide to Start Advertising Agency in Malaysia
(iv) A list of statutes affecting advertising is set out. Particular attention is drawn to the Trade Description Act, 1972
(v) Advertisements must comply in every respect with the law, common or statute. Advertising should not propagate fraudulent trade practice.
(vi) No advertising material which tends to offend the proprieties of ethics generally observed by the community or contains terms, words or subject matter not generally considered
acceptable in polite conversation shall be accepted.
(vii) All advertisements shall be prepared with a sense of responsibility to the consumer
(viii) All advertisements shall conform to the principles of fair competition as generally accepted in business
(ix) No advertisement shall bring advertising into disrepute or reduce confidence in advertising as a service to the industry and to the public
(x) Advertisements must be clearly distinguishable.

Setting Up Advertising Consultancy in Labuan

Under the General Agreement on Trade in Services (GATS), Malaysia allows foreigners to provide advertising services with cross-border supply through a commercial presence in Labuan and there is no restriction under consumption abroad. Setting up a Labuan company for advertising services provide a great advantage of allowing you to enjoy low tax and 100% foreign ownership. Check out for more on these benefits, click here!

Send us your inquiry form today to assist you to quickly set up your Advertising Agency company in Malaysia. We simply “simplify the complexities” of your investment in Malaysia! 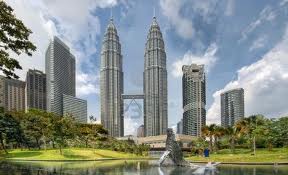 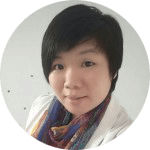 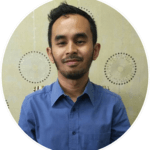 Send Your Enquiry by Clicking This Button!

Get the Right Advise Today!